Something is rotten in the state of education… 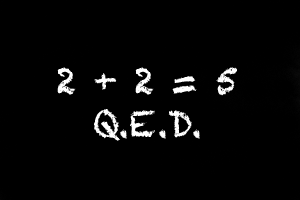 The problems facing higher education in Ireland are widely debated. More often than not, debated from the same old norms and trite arguments of seasoned academics and polar opposites alike. What is sadly not debated as much, is not the problems facing higher education but rather the problems of higher education in Ireland. There is no other way to say it other than bluntly; the dispersion of university level education within Ireland has been controlled purely upon political basis over the last few decades. Disclosing my geographical home as the Southeast of Ireland will immediately attract criticism and unhelpful argument against that point, attempting to dismiss it as “sour grapes”. However, I openly invite anyone to debunk the assertion by formulating an argument based on proportionality or other similarly rational foundation. After all, university level education is supposed to be for the people not just choice within one area? Without even touching upon the case for a university in the Southeast of Ireland, proportionality is simply not observed in the Irish sphere.

So what are the problems of higher education in Ireland today? The primary focus is of course upon access to higher education at university level. Even in a post Celtic Tiger Ireland, the cost associated with leaving home, never mind living in Dublin (which houses over 42% of our universities despite only housing 25% of our population, encouraging yet more centralisation) are grossly prohibitive for the majority of young people and their families. Certain celebrity, professorial sorts from the Dublin university sector, have written about the issues in higher education and pushed forward suggestions such as a 3-semester (deliberate oxymoron?) academic calendar to make staff work harder and students benefit more. Perhaps they miss the glaringly obvious cost of living for anyone moving away from home, affording greater rental costs, greater travel costs and quite possibly having to work part-time to afford such – detracting from their studies – due to this greater exposure to higher education. Pardon me for dismissing this as the popularist angle of making academic staff out to be the bad guys (yet again) rather than the greater issues affecting higher education.

Centralisation usually happens due to protected interests. Lodgings central to the castle walls in medieval times; keep your friends close but enemies closer. So what is being protected in the Irish education sector that it provokes such defiance from existing university heads whenever the subject of a new university is addressed? Simple, money. Universities within Ireland have found themselves in the very undeserved position of beneficiary to very large sums of uncontested funding, purely by virtue of their label. This pot will not increase if the number of beneficiaries does, so who could blame them for protecting their patch of land? It’s just a pity that not one has the dignity to admit the real reasons rather than trying desperately to formulate a supposedly well-grounded academic argument against expansion – arguments that are accepted as baseless in non-academic circles.

Why not shake it up? The IoT sector competes against each other (and the universities) for funding from the HEA, EI and other sources. All without guarantee of funding, to promote their research ambitions and sustain research jobs. Unlike the universities, the IoT sector does not have the luxury of research bursaries to cover employment costs. People can, and do, lose their jobs.

We have been long told that the purpose of research within the academic sphere is to promote and extend our innovation and expertise, to strive for what is best. Why not make it that way and open the competition for all organisations in the higher level sector to compete on an equal footing for this money? Defenestrate the rule book of university funding and open the floor for the best in class without prejudice. Surely that should be the aim? Get what is best for Ireland?

However, as is typical with the Irish (and indeed the human) condition, appearances count. Universities, by name, matter. Metrics adjudicating on the quality of an establishment are somewhat catch-22 when numbers of PhD students who cannot be supervised without adequate PhD level mentors, who cannot be attracted without full time positions that cannot be offered without guaranteed funding, somewhat precludes anything but a university from measuring up to that old chestnut. Then of course there’s the reflective and qualitative argument that staff within the organisation need to be at PhD level too but how exactly do you retrofit that requirement without sacking all current, deficient staff and/or upsetting those media facing academics who worry about staff research time being assigned to tackle personal PhD pursuits (but who themselves, seem to have endless time to guest slot on daytime news programmes)? What does a PhD really mean to the quality of teaching anyway, other than ignorant perception? Members of the “real world” will accuse all of academia of being too lazy to get a “real job”. I’m sure that would be refuted but lets face it, the perception is relative and immeasurable by each others’ standards. I had a math teacher in secondary school, who’s knowledge, teaching skill and devotion far outweighed the performance of any PhD that I have yet met in my life – he was not one of that privileged association himself. However, that evidence is anecdotal and by academic standards inadmissible as any argument. Herein is forged the problem that perception is still outweighing reality when it comes to both judging and rewarding the performance of higher education organisations. Not since Iona Technologies crawled out of Trinity’s basement in 1991, could I point the finger at a marvel of achievement from the Irish university sector. That’s a whole Celtic Tiger and dot com bubble ago. What have they been doing apart from meeting the standard on paper? Or getting guest slots on RTE News?

Trying to disrupt the university sector by widening the group has been met with nothing but resistance from… the university sector. It’s not working. Metrics used to measure quality and performance are outdated and let’s be honest, just ever so slightly drowned in self-interest for certain parties. Research and innovation works on the premise that anybody can have a great idea. Open access education works on the assumption that everyone has equal access to the highest level of education that they desire. The university sector in Ireland affords neither of these bases and ultimately precludes too great a number of game changers from ever having the opportunity to make that change. What’s good for Ireland will not be good for vested interests and therein will be the resistance. Just remember we are not in generational debt because vested interests were ignored nor because somebody asked what was best for Ireland…