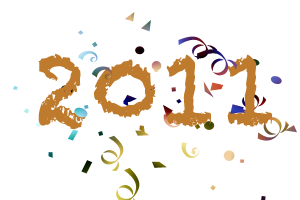 Looking back on 2011 what springs to mind in this eventful year? Well, it certainly has been an eventful year from all angles, both nationally, internationally, politically, socially and a host of other categories. Here are a few things that stood out for me in the past 12 months (in no specific order).

I’m sure that there are many other noteworthy events of the past 12 months but for me, right now, that about wraps it up. Have a great New Year everyone!